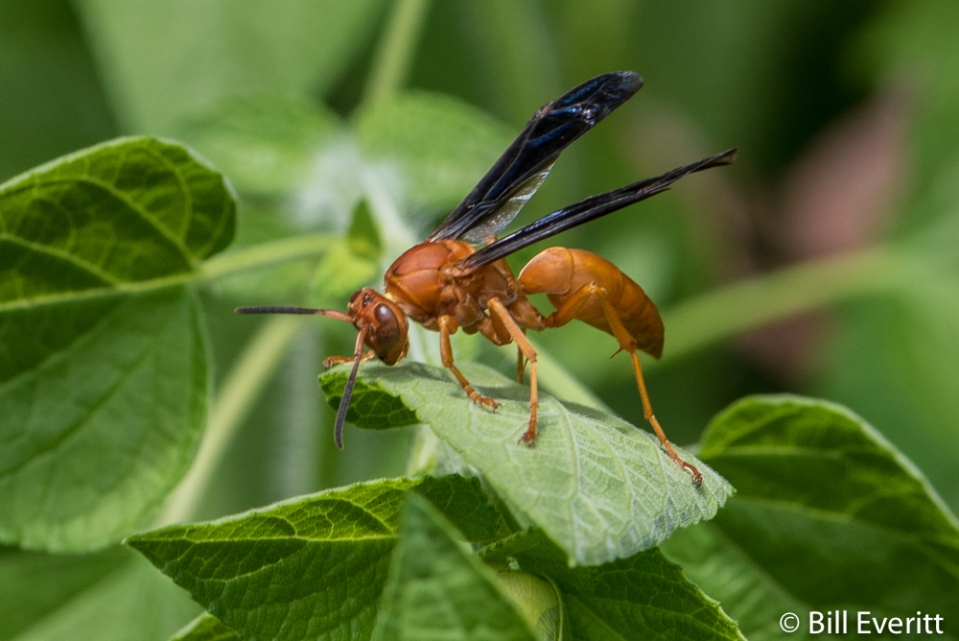 One of two types of red paper wasps (Polistes carolina) is a species of social wasp. They are most commonly found in the eastern U.S. from Texas through Nebraska.  The wasp’s common name is due to the reddish-brown color of its head and body. They are attracted to humans due to loud noises, bright colors, and sweet smells, such as food and perfume. [3] 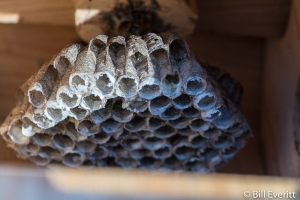 Their nests are a familiar sight in the eastern U.S.  They build in sheltered areas often in close proximity to humans, such as the open space under a roof.  Like most paper wasps, P. carolina constructs nests by chewing plant and wood fibers with saliva to create a paper-like material.  When dried, their nests form an upside-down umbrella or dome shape with exposed honeycomb-like cells, opening at the bottom. [3]

Unless a wasp nest is close to an area that is in a high traffic part of your yard, leaving it alone is the best plan.  We were unable to find a reference to any way to move a wasp nest that doesn’t present a risk to the person doing the moving.  Some of the methods suggested for killing them were equally risky and can involve toxic chemicals, which harm everyone. Although stingers can be scary, wasps are an important part of the food chain and help control pests so leave them in peace if at all possible.