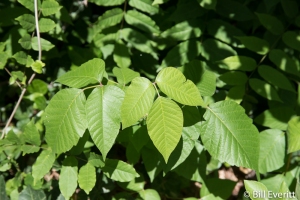 Watch out!  This stuff is bad news and it’s on the Nature Trail.  You’ll find it mostly in among the English Ivy and climbing on a few trees.

It will cause an itching, irritating, and sometimes painful rash in most people who touch it.  In extreme cases, a reaction can progress to anaphylaxis.   15% to 30% of people have no allergic reaction, but most people will have a greater reaction with repeated or more concentrated exposure.

Poison Ivy affects the skin by way of an oil, urushiol, which is a clear liquid compound in the plant’s sap. Immediate washing with soap and cold water or rubbing alcohol may help prevent a reaction.  Hot water should not be used, as it causes pores to open up and admit the plant oils.

Learn to identify it and stay clear.    Here are three helpful rhymes which describe the characteristic appearance of poison ivy:

There are plants that look similar:

Did you know that: 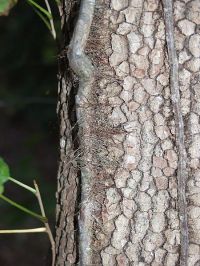