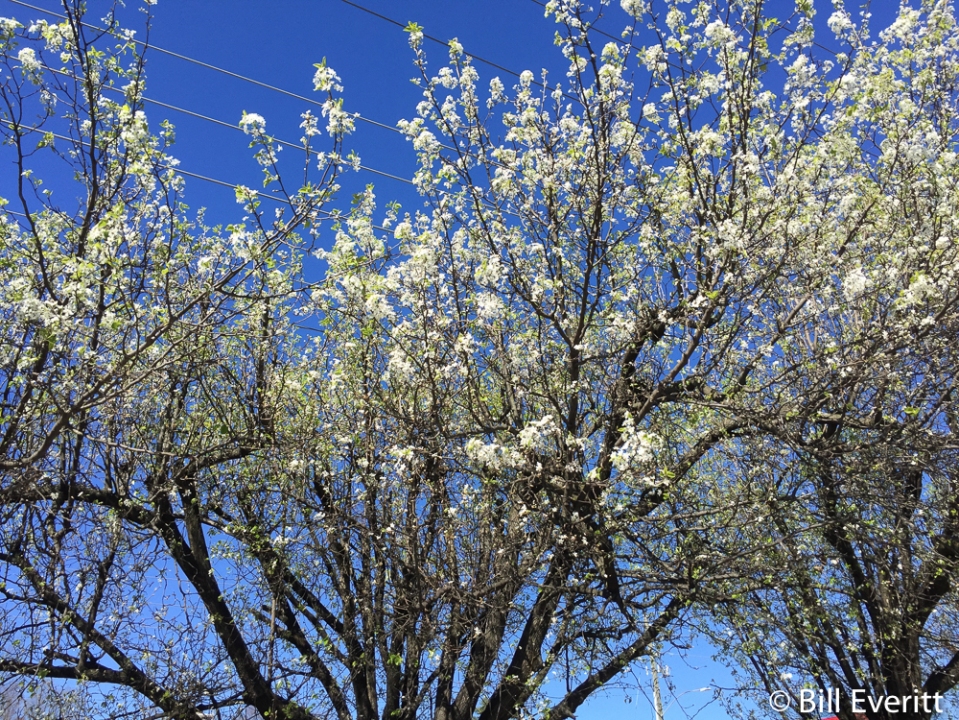 Also known as the Callery Pear, this tree is non-native and invasive areas of eastern North America, out-competing many native plants and trees.  It is a prolific producer of fruit which are taken by birds, who disperse the seeds in their droppings. [2]

The initial dense upward growth has made it desirable in cramped urban spaces.  But this trait results in many narrow, weak forks, unless corrected by selective pruning at an early stage. These weak crotches make the tree very susceptible to storm damage. Because of this, and the resulting relatively short life span (typically less than 25 years), many groups have discouraged further planting of Bradford Pears in favor of using of locally native ornamental tree species. [1

The tree is known for its pungent, often unpleasant smell during its flowering stage, which has been described as reminiscent of rotting fish and chlorine.