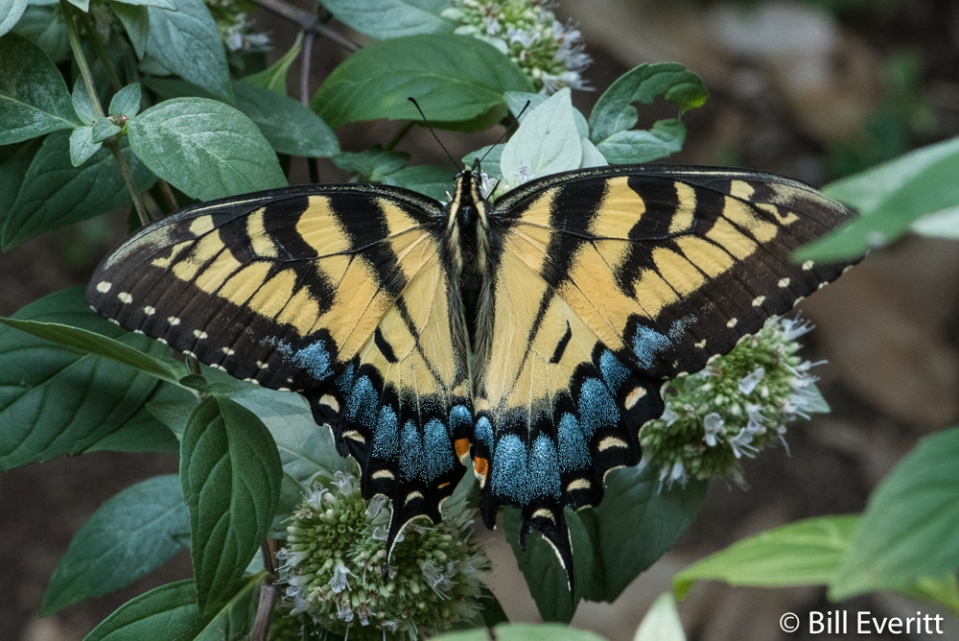 The Eastern Tiger Swallowtail is one of the most familiar butterflies in the eastern United States and is a native to this area.  Here in the south, they are seen from February to November.  We see them in abundance mostly in the summer and fall and they are a beautiful sight. 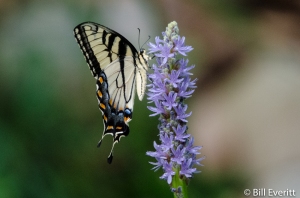 Adults feed on the nectar of many species of flowers including the sunflower family (Asteraceae), the bean famly (Fabaceae) and the dogbane family (Apocynaceae).  And their green eggs are laid singly on plants of the Magnoliaceae  familiy which includes Magnolias and Tulip Poplars, and the Rosaceae  family which includes herbs, shrubs, and trees.

The first known drawing of a North America butterfly was that of an Eastern Tiger Swallowtail. It was drawn by John White in 1587 during Sir Walter Raleigh’s third expedition to Virginia.

Males participate in a behavior called puddling, in which they congregate on mud, damp gravel, or puddles. They extract sodium ions and amino acids from these sources which aid in reproduction.

The females are dimorphic meaning there are two color variations:  the yellow morph and the dark morph.  We sometimes confuse the dark morph of the female Eastern Tiger Swallowtail with the Pipevine Swallowtail.

Eastern tiger swallowtails are diurnal, and are usually solitary.  Adults are known to fly high above the ground, and are usually seen above the tree canopy.  Males seek females by patrolling habitats containing the larval host plants.  During courtship, the male and female fly about each other prior to landing and mating. The male releases perfume-like pheromones during courtship to entice the female into mating.